Gratitude for My Father

A Picture of Dad 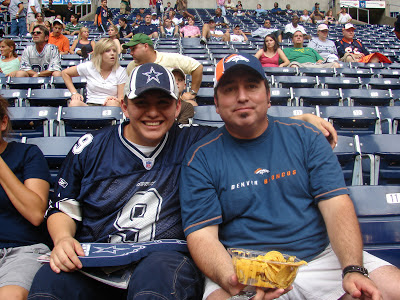 While Mom may have given me a taste for the great music of the 80's, R.E.O. Speedwagon and Journey shining above the others, it was Dad who exposed me to another music love of mine: country. It was not uncommon to hear George Strait, Tim McGraw and Brooks & Dunn in Dad's pickup. There is no doubt that my love for George Strait began early. I'm still not sure how Garth Brooks entered my life.

Growing up dad has always been there. When I was kid, he worked some crazy hours. The days when the oilfield never slept called for them. Yet, Dad was always there. He was at my games. He would spend time with me. He would take me fishing. He took me hunting. He practiced baseball with me. As a Denver Bronco fan he allowed me to bleed silver and blue. He even braved Texas Stadium wearing his Bronco colors in a sea of blue and white Dallas Cowboy fans. All of these were small things. Small things taken for granted. But life is made of small things. His presence in my life provided a necessary stability. Never did I wonder if Dad was going to be around. I knew he loved us and that he would be there for us.

One of the most important things Dad has worked to instill in me is the importance of being a man. A man puts his family before himself. He works hard to provide for them. He devotes his time to them. He treats his wife like a queen. He didn't just tell me these things. He lived them out. As his family, he sacrificially placed our needs and wants before his own. He placed us in a private school because he wanted us to be well educated. He saved his money and took us on vacation.  It wasn't until our mid teens that he got something significant for himself: a big screen t.v. and a motorcycle. He expressed his affection to my mom and treated her with high dignity. He played the role of instructor to me. Throughout my teen years, especially, he wanted to teach me what he knew. Mechanics, plumbing, carpentry, landscaping, construction--he really is a jack of all trades. As a teenager, however,I was more interested in sleeping in than learning. I regret that. Fortunately, I still have some time to learn from him.

Spiritually, Dad's influence has been great. During my snobbish and judgmental seasons, he provided the necessary perspective I needed. He didn't grow up in a Christian home, go to Christian school and spend every Sunday morning inside the church walls.  He lived a life before he was saved. The life of the unregenerate is one that I do not know experimentally because I have always been in a Christian environment. As such, my tendency was to look on those not like me with a haughty attitude. Dad's burden was to have compassion for them. I shouldn't look down my nose at them. My heart should break for them. With this attitude, my dad reflects  Jesus.


Divine Fatherhood
God takes upon Himself the description of father. This human relationship of fatherhood is worthy of divinity. Human fatherhood is a reflection of the nature of God. He says that He is a father of the fatherless (Ps. 68:5). His fatherhood extends to Christians as well. In Galatians 4:4-7, Paul said about God:

"But when the fullness of time had come, God sent forth his Son, born of woman, born under the law, to redeem those who were under the law, so that we might receive adoption as sons. And because you are sons, God has sent the Spirit of his Son into our hearts, crying, “Abba! Father!” So you are no longer a slave, but a son, and if a son, then an heir through God."

Amazingly, Christians share in the same intimate relationship of the Trinity that Christ the Son shared with God the Father. Like Christ, the Son we can call God our Abba. The incredible intimacy is not something that should be overlooked or understated. As believers, God is our Abba.

God the Father is in His very nature good (Ps. 25:8). He desires to give His children their best. In concluding a parable, Jesus makes this observation about God the Father:


"If you then, who are evil, know how to give good gifts to your children, how much more will your Father who is in heaven give good things to those who ask him!" ~Matthew 7:11

If humans, who are totally depraved seek their own children's good, how much more does our perfect Father seek our well being? Our own experiences with our fathers, in part, shape our view of God as Father. I am fortunate in that I have never seen God as vindictive or wrathful because I saw a reflection of divine fatherhood so clearly in  my own father. He seeks my ultimate good. I have always known his desire was for my good. Because of my own father, I better see God the perfect Father.


Father's Day comes once a year. Today, I've been musing a little on how much I appreciate my own father.  I love my dad. With every passing year, my appreciation for him grows. He is the kind of man I yearn to be. He works hard. He takes care of his family. He loves his God. He is the picture of what a man should be.  He has shown me God as Father. He is my hero. 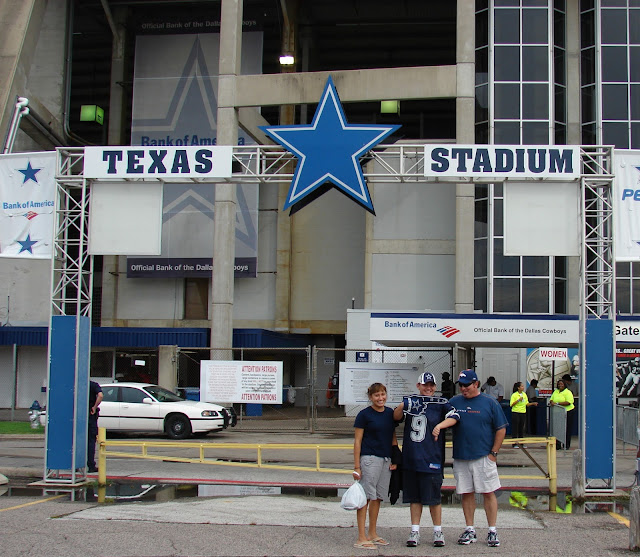