#ExposeChristianSchools
Recently, Vice President Pence’s wife resumed teaching at a Christian school. Immediately, a controversy ensued and we were told that this was completely inappropriate. It was inappropriate because of the school’s bigotry. For what bigotry was this Christian school guilty? It held to biblical teaching concerning marriage and sexual ethics. On Twitter, A New York Times reporter encouraged people to tell their stories using the above hashtag.

The following is my reflection upon my Christian school. This is my exposure.

From sixth grade through graduation, I attended a small Christian school in northwestern New Mexico.  Grace Baptist Academy is an accredited Christian school, offering education from kindergarten through high school. Following my graduation from GBA, I earned a bachelor's and master's degree. Currently, I serve as a pastor at a new church plant. I am also working a new, experimental job at a public school: Intervention Specialist. The basic objective for this position is to decrease drop outs with at-risk youth by building a mentoring relationship with them. This is an exciting opportunity to help troubled youth succeed in school and mature as young adults.

I learned much at Grace and was equipped to succeed. I look back very fondly on my time there. Here are a few reasons why:

Friendships
When you go to a small school, there is no flying under the radar. There is no laying low. You don’t go unnoticed. You know everybody, and everybody knows you. This is both annoying and amazing. When you are forced to be around the same people every single day you get to truly know them—their stories, dreams, drama, quirks, and buttons. It is fun to push those buttons.

Close proximity means that other people’s high school drama becomes your drama—whether you’d like it to be or not. These can lead to some tense and hilarious encounters. Through it all, meaningful, deep friendships are formed.

Some of my closest friendships were born—Kellen, Sean, Jonny, Tylor—these are guys I spent every day with at GBA. These are guys that I still talk to every day. I’ve been a groomsmen in two of their weddings and will be one in another wedding this summer. They’ve been reliable confidants and helpful encouragers. Jonny was a founding member of Higher Ground Church—a church we planted a few months ago.

Its messy and its magnificent. Solid, lasting friendships are formed in Christian schools.

Caring Teachers
One of the things that impresses me now (that didn’t back then) is the immense sacrifice Christian school teachers make. Educators, in general, are sacrificial people. Even though they earn a pittance of a salary, teachers are some of the most giving people on the planet. They give their energy and their off contract time to students. They supply their classroom  with their own money. They emotionally invest in their students.  Teachers are constantly expected to do more work for the same, low pay.

This is especially true for Christian school teachers. They earn far less than their public school counterparts. At Grace, I knew deep down that my teachers cared about me. They loved me. Genuinely. There were times when this obnoxious teenager named Josh Valdez may have gotten on their nerves—but they loved me. They chose to continue to serve me. They taught, explained, offered time after class, checked in on me, and reached out to my parents. They made it their objective to not let me fall behind. They wanted me to succeed academically and personally. Heroes all.

Christ Centered Education
One of the convictions of the Christian worldview is that all truth is God’s truth. In our study of the humanities, the sciences, and the arts we learn more about God—his nature, his ways, and his creation. This theological foundation and drive for Christ centered education fuels interest and advance in all of these fields. The world does not need Christian “alternatives” in humanities, the sciences, or the arts. What the world needs is Christians to excel in these respective fields. Diverse Christians thriving in the humanities, curiously minded Christians advancing in scientific fields, and creative Christians writing, singing, recording, and performing beautiful pieces—integration, not isolation, is key for Christian witness. We’re to be in the world, but not of it. Present but not defined by its values or its behaviors. We’re to be a light (Matt. 14:13-16), and set apart in truth (John 17:14-19). 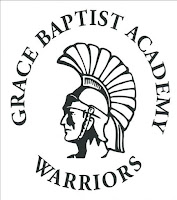 At Grace, I received a classical, diverse education that prepared me to succeed both in college, graduate school, and in the workforce. I don't think I'm alone in that. In standardized testing, the students at GBA regularly outperform their public school peers.

In addition to taking standard classes (science, math, history, language, public speaking, and technology), I was required to take choir, theater, Bible and theology. Every year, we participated in a fine arts festival where students competed with other Christian schools in art, music, public speech, and acting. Grace Baptist Academy being apart of Grace Baptist Church allowed us, at times, to serve others in ministry. What resulted was the education of whole person—head (academics), heart (spirituality), and hands (service).

Spiritual Growth
While I greatly value the education I received at Grace, its most significant contribution to me was spiritual growth. By taking classes in the Old and New Testament, I learned major story arcs of the Bible. I was exposed to the beliefs of cults and other expressions of counterfeit Christianity in a class on world religions. My knowledge of God dramatically increased when I took courses in systematic theology. Christianity became to me a substantive faith, one that feeds the mind as much as it stirs the heart. Through the study of Christian doctrine, my devotional life took off—I was compelled to study my Bible to discover more about this glorious God. What started in high school has continued to drive me to the Scripture.

Paired with an academic Bible curriculum was chapel. At GBA, we had chapel a couple of times a week. During this time, we would sing hymns and then the school administrator or one of the pastors on staff would preach. Sometimes, we had guest preachers or missionaries. These chapel sessions were formative times for me. They pointed us to Christ, fed us with the word, and exposed us to global missions. After graduation, it was a real honor for me to be asked preach at GBA’s chapel service. Christian school helped me to grow in Christlikeness.

Conclusion
Christian schools aren’t for everyone. Many Christian young people belong in public schools. They will have far more opportunities to build Gospel relationships with their peers and serve as lights in darkness. Christian schools should never be used to foster isolationism from the world. That’s antithetical to the Great Commission (Matt. 28:18-20). Nor should Christians schools be seen as the primary means for spiritual development. That responsibility falls upon fathers (Eph. 6:4).  If, however, Christian parents want their children to receive an education from a Christian worldview,  gain deep biblical knowledge, and supplement their family discipleship with spiritual development, then a Christian school is a viable option.

At Grace Baptist Academy, I received an education that was in the classical tradition,  academically robust, and spiritually sensitive. It was the education of the whole person—head, heart, and hands. I was instilled with academic knowledge, biblical morality, discipline and a work ethic.

This is my exposure.

Far from being bastions of bigotry, Christian schools are places to receive a classical education, grow socially, learn under caring teachers, have service opportunity, and be challenged to grow in Christian maturity. We need more of them. 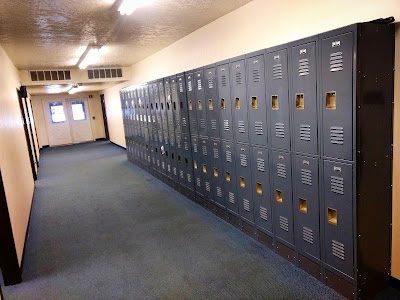