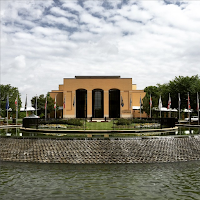 Fundamentalism is the belief that (1) there are certain truths so essential to Christianity that they cannot be denied without destroying Christianity and (2) these essentials are the basis of Christian fellowship.1

Examination of historic fundamentalism’s writing demonstrates this definition. The early 1900s essays The Fundamentals contain ninety essays defending Christian orthodoxy. Among those volumes of essays are articles on Christ’s deity, the incarnation, Biblical inerrancy, the truth of creation, criticisms of higher criticism, the truth of justification by faith, and the nature of regeneration.  The Bob Jones University Creed (1927), which is still recited in chapel, is a glimpse into the ethos of historic fundamentalism:

I believe in the inspiration of the Bible (both the Old and the New Testaments); the creation of man by the direct act of God; the incarnation and virgin birth of our Lord and Saviour, Jesus Christ; His identification as the Son of God; His vicarious atonement for the sins of mankind by the shedding of His blood on the cross; the resurrection of His body from the tomb; His power to save men from sin; the new birth through the regeneration by the Holy Spirit; and the gift of eternal life by the grace of God.

Somewhere along the way that changed. When fundamentalists lost churches, denominations, and institutions, the fundamentalist’s fight went from battling liberalism to battling each other. It was here that personal conviction was promoted to universal dogma. Second tier issues and individual matters of conscience became fundamental issues.

And this brings us to Bob Jones University, Steve Pettit and the controversy brewing at 1700 Wade Hampton Boulevard. As documented here a minority (5/17) of the Board of Trustees are intent on removing Steve Pettit from serving as the president of the university. Because of some shady maneuvering, they have the power to do so.

In recent years, the Fundamental Foundations Baptist Fellowship International has been increasingly critical of BJU (see here, here and here). And it would seem that the FBFI is at the center of the board’s desire to remove Pettit.

This year, a letter from BJU Chancellor and FBFI Board Emeritus, Bob Jones III, described this last year with Pettit at the helm this way: "some embarrassing, antithetical things, historically uncharacteristic things, which would have never happened in the past have occurred." Near the end of the letter, Jones describes himself as deeply involved in protecting the university from "the seepage of religious or cultural compromises."

Former BJU professor David Beale in recently published, Christian Fundamentalism in America: The Story of the Rest from 1857-2020 writes:

After being the premier Fundamentalist academic institution for eighty-seven years, BJU elected Dr. Steve Pettit in 2014, as the president who steered the University out of separatist Fundamentalism into the inclusive, broad Evangelical movement.3

Earlier, Beale defines broad evangelicalism as “an Evangelicalism committed to regaining respectability in the eyes of the religious world, even if that meant joining liberals in ecumenical campaigns.”4

Steve Pettit drove Bob Jones University to partner with theological liberals? No, those closer associations that Steve Pettit and Sam Horn steered BJU towards are participating with groups like the PCA,  IFCA and the conservative evangelicalism typified by the likes of Albert Mohler and John MacArthur.

It would be disingenuous to label Mohler and MacArthur as broad evangelicals when for years they have exemplified doctrinal militancy and convictional separation far better than many fundamentalists. While fundamentalists argued about using translations other than the King James Version, Mohler battled and banned liberals from his seminary who denied biblical inerrancy. While fundamentalists bickered over alcohol, syncopated music, facial hair on men and pants on women, MacArthur fought against real threats against the Gospel: easy believism’s free grace theology, charismatic chaos, and social justice. Before Christianity Today made it cool, MacArthur was publicly criticizing Mark Driscoll and separating from John Piper who at that time refused to separate from Driscoll. In recent years, distance has grown between Mohler and MacArthur over associations with woke social justice advocates. Far from being representative of New Evangelicalism or Broad Evangelicalism, or being liberals, men like John MacArthur are true heirs of historic fundamentalism.

Unfortunately, this kind of thinking has long characterized Bob Jones University. From an asinine battle over interracial dating that led to national embarrassment, to attacking John MacArthur over the blood of Jesus, to a draconian rule book that led to the expulsion of many students who should have been discipled, not shipped; BJU has fought the wrong fights.

Over time, all this needless fighting caught up to them. I was there when enrollment, as well as morale, was on a steep decline. During my time at BJU (2007-2015), FMA went from being completely full, to the balcony being closed off and the entire student body and faculty sitting on the main floor. Things were not looking good for BJU.

Which is why, when Steve Pettit was announced as president in 2014, there was renewed hope and optimism for the future of our alma mater. The progress begun under Stephen Jones (I ♡ SJU) was furthered under Pettit. Regional Accreditation was achieved, rules were relaxed, inner-collegiate sports returned, political platforming ceased, community relationships commenced,  financial and enrollment hemorrhaging stopped.

All seemed well until October of this year, when the FBFI’s coup through the BJU Board went public. Why does Pettit need to be removed? He has taken the university into a liberal drift. What is that liberal drift? Music and associations. That music is stuff like the Gettys, Sovereign Grace, and City Alight. Those associations are with conservative evangelicals. 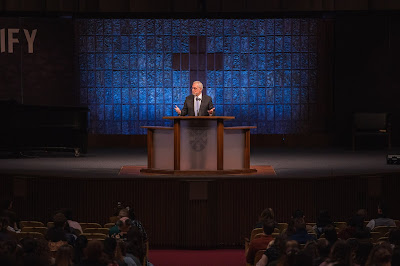 Liberalism is not drinking alcohol as a Christian. Liberalism is not using the NASB or ESV. Liberalism is not having drums and guitars in worship music. Liberalism is not partnering with other conservative evangelicals. All of those issues are personal preferences and convictions elevated to doctrinal dogma. Elevating secondary issues to primary and calling those who do not conform a liberal or a compromiser has characterized deformed fundamentalism for decades. It is this kind of thinking that very well may take down Bob Jones University.

BJU has a constituency problem. Fundamentalist churches all across the country are withering and the pool of prospective students is shrinking. There are simply not enough students to sustain the university. BJU’s survival is dependent upon broadening itself to orthodox, conservative, evangelical churches. If five people on the board remove Pettit and return to the school to 80s and 90s fundamentalism it will be the death knell.

Bob Jones University is the epicenter of fundamentalism’s future. Who will ultimately triumph will determine not only the future of a university but will be indicative of the broader, hundred year fundamentalist movement as well.

For years, Bob Jones University made the bed that fundamentalism’s fight is the battleground of personal conviction. Time will tell if the World’s Most Unusual University will have to sleep in that bed.